For the first time since the 2011 Briggs Cup final, Manek Mathur & Yvain Badan have upset joint world No. 1’s Damien Mudge & Ben Gould to win their first title of the season—the $40,000 PDC Cup at the Piedmont Driving Club in Atlanta, Georgia.

All but one of the top four seeds reached the semifinals as predicted. A tense game between world No. 6 Matt Jenson & world No. 7 Preston Quick and world No. 8 Greg Park & world No. 12 Imran Khan ended in unfortunate fashion with a devastating injury. Up 2-1, Jenson suffered a serious Achilles injury forcing he and Quick to concede the match.

Jenson had to leave Atlanta early to treat the injury that will may mean missing most of the season.

Khan tweeted after the match: “Matt was on fire last night. Such a shame the way it ended. Wish good health and quick recovery.”

After going into four games against Shaun Johnstone & Jacques Swanepoel in the quarterfinals, Mudge & Gould went on to swiftly dispatch Khan & Park in the semifinals 15-11, 15-4, 15-9.

The bottom half of the draw fielded a rematch of last week’s Big Apple Open semifinal between four Trinity alums world No. 10 Mike Ferreira & world No. 9 Jonny Smith against second-seeded world No. 5 Mathur & world No. 4 Badan.

As was the case in New York, a close shoot out between the Bants ensued with the first two games both settled on simultaneous game ball at 14-14, and Mathur & Badan edging out both games. The third was just as close, and ended with the same result at Mathur & Badan sealed their fourth final appearance of the season 15-4, 15-14, 15-13.

“Mike and Jonny played really well,” Mathur said afterwards. “Each and every point was a battle so it was a hard match. It was a tough three love, and the scoreline didn’t reflect the actual intensity of the match.”

“It was hard if not harder than last week and I’m quite sure why to be honest,” Badan added. “They’re a very solid team. They’re both very competitive. Mentally, they’re very solid. They’re not the type of players who have big ups or big downs in their games. So you know every time you play them, you need to show up with your best.”

The semifinal results set up the third final of the season between Mudge & Gould and Mathur & Badan, not to mention over a dozen SDA finals over the past two seasons, all of which Mudge & Gould have won.

It was clear from the beginning of the match that this final could be different, however, with Mathur & Badan shooting the lights out and only committing a few errors between the team in the first two games, which they won 15-9 and 15-14.

Mudge & Gould roared back in the third game, however, committing fewer errors than the first two games and reverting to their powerful style to win the third 15-10.

Mathur & Badan stuck in once more in a tight fourth game that stood level at 11-11 at one point, before Mathur & Badan pulled away to clinch the title 15-13, and upset Mudge & Gould for the first time since the 2011 Briggs Cup. “Going into the final obviously we wanted to try something different because we’ve lost to these guys plenty of times,” Mathur said. “We just wanted to make sure that we were extremely disciplined with our approach, and made sure that realizing from the first point on that we had to put up a good fight and be on court for at least two or three hours to beat these guys.”

“Our short game was clinical on the day,” Mathur continued. “We managed to put a lot of pressure on them. Defensively, we did a decent job, and we really tried to attack and put some pressure. In the third, we weren’t as clean or precise as we needed to be, so we improved that and overall put in a good performance.”

“In the finals we came out really hungry,” Badan said. “For my part, I was so hungry for it. I didn’t overthink it. I wasn’t thinking about the last fifteen times we’ve played. It’s kind of weird, it was almost as if it was the first time we played them. We didn’t dwell on the past.

“They were making more mistakes than usual,” Badan continued. “The first two games we played exceptionably well. We made very few errors, maybe two or three combined as a team in two games. In the third, they came back and I was getting tired. In the fourth, I started cramping a bit and got a bit worried because I felt that if it went into a fifth, it just was not going to happen.”

“It was a combination of playing well, making less mistakes and suddenly instead of being close and you’re slightly behind, it’s close and you’re slightly ahead, and that makes a world of difference,” Badan said. “I don’t think they expected us to come out that strong. It was one of those rare times where we were hitting the ball just as hard as them if not harder. We had a good mix of inflicting heavy pace when we needed to, and slowing down when we needed to. In the third they played very well, our error ratio went up and theirs went down a little bit. I felt like it was some of the best squash we’ve played.”

If there’s been one team over the past couple of seasons who knows what Mudge & Gould are capable of, it Mathur & Badan, with another possible final encounter predicted in this weeken’s Jim Bentley Cup.

“It’s not easy just going in every week and sometimes just getting absolutely dominated and having no business being out there against these guys,” Mathur said. “Sometimes having it be a lot closer and things start going our way at crucial points, but then going down at the wire. It’s nice to have a win under our belt now after a weak record against them for the last two seasons. We’ve had a good start to the season reaching every single title, and now to win the largest title so far this season is big for us.”

“It’s a great reward for out perseverance, Badan added. “I think some people after a while could let it get to them. It’s hard to play and lose to them on so many occasions. For us, to win one of the big ones feels good, and we needed that. I’m not saying that now we’re going to fly to Toronto and are going to beat them, but it certainly feels good to come out on top.”

Off the court, players enjoyed a black tie dinner at the Piedmont Driving Club, and even got to test drive some Tesla’s—one of the tournament sponsors.

Mathur was impressed with the growing enthusiasm for doubles in an event that’s grown $20,000 in prize money since its inception in 2012. “The membership there is really excited about doubles and always gets really involved in all of the matches whether spectating or playing in the Pro Am.”

“The Piedmont Club is really amazing,” Badan said. “They have two fantastic doubles courts, and are so enthusiastic about the game. They have a super active program and membership on the doubles side, and it’s certainly becoming a hot bed of the game.” 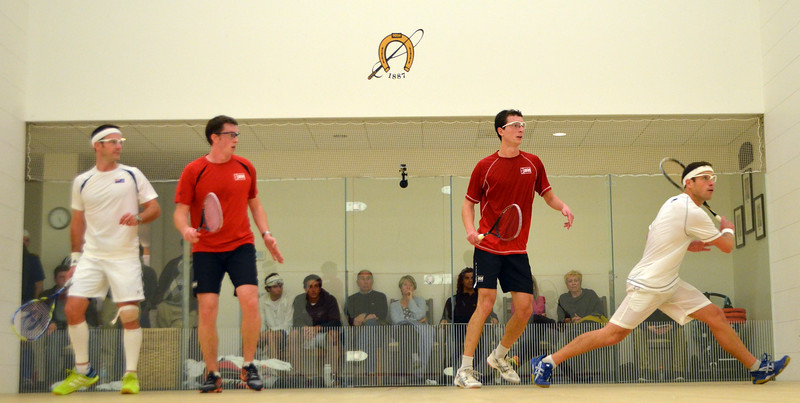 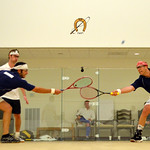 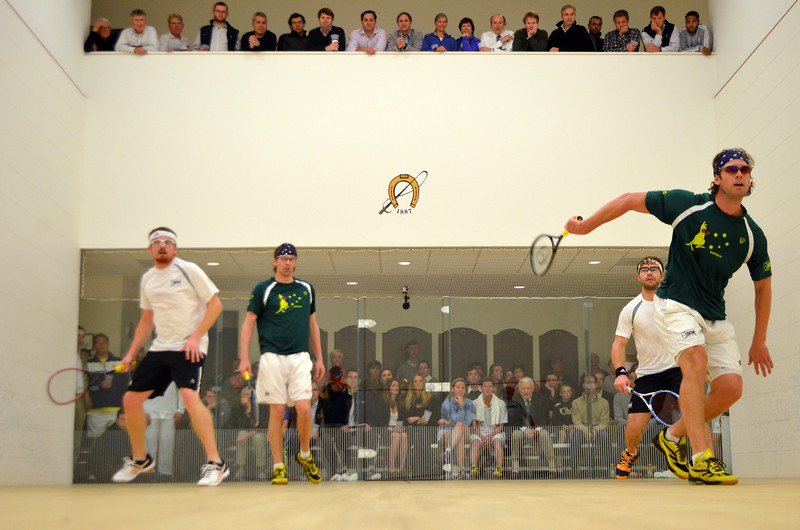 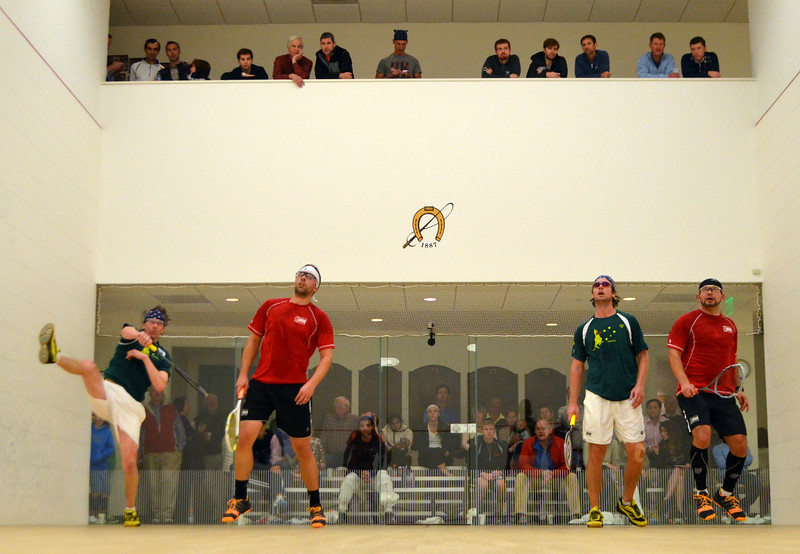 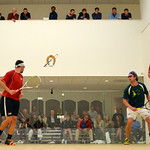 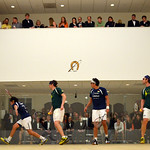 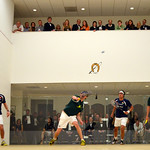 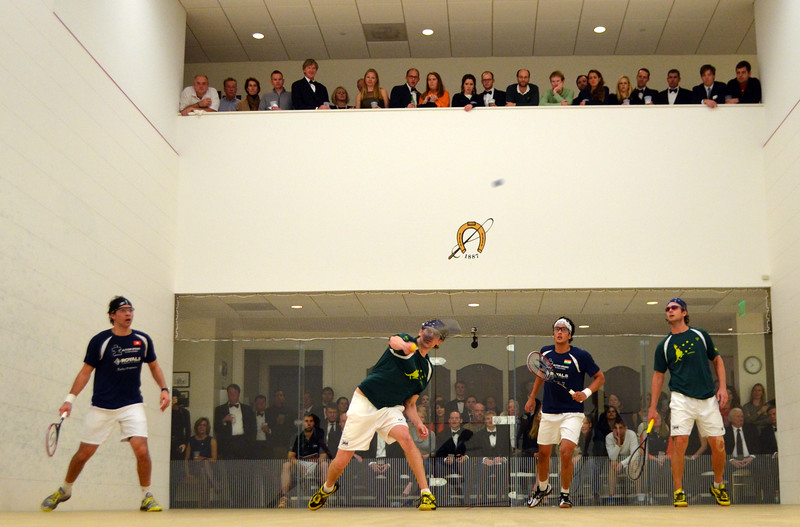 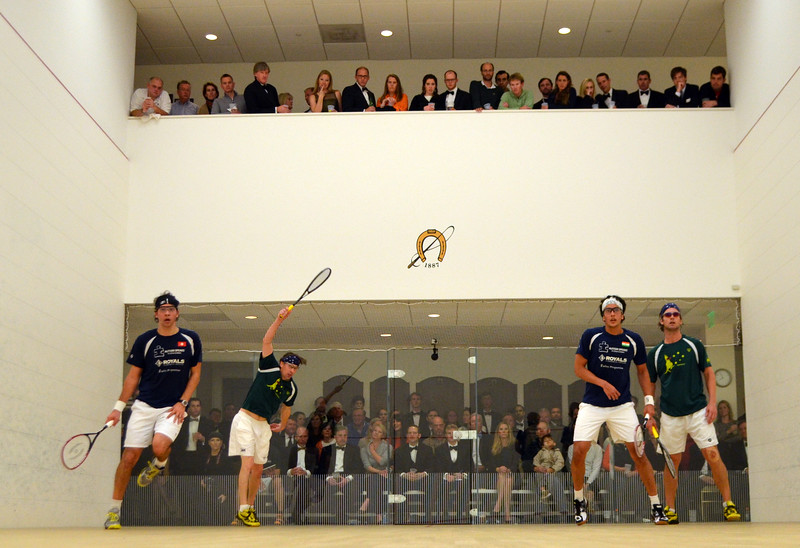 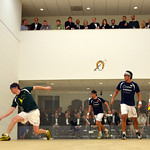 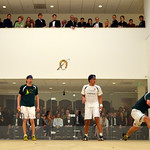 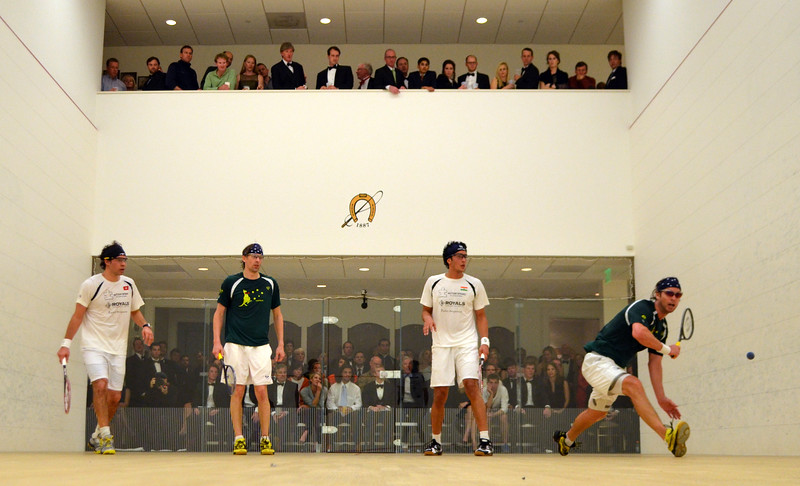 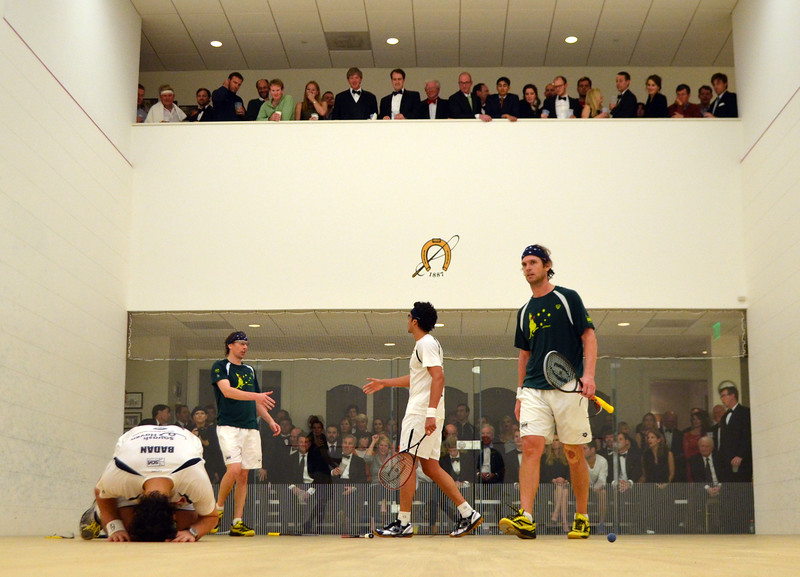 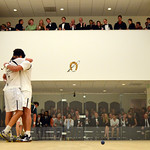 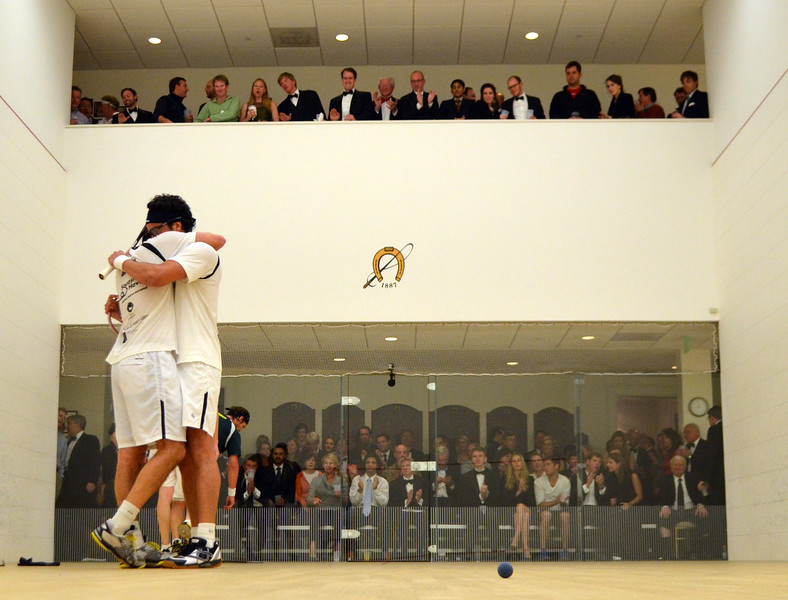 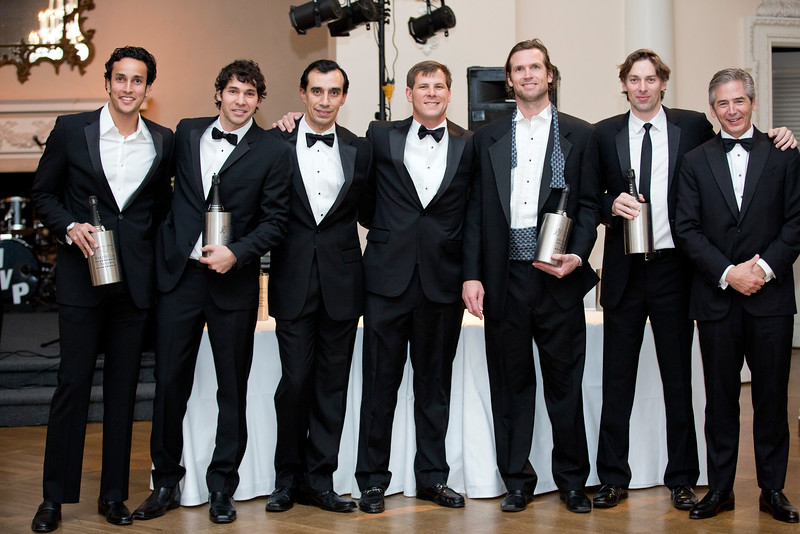 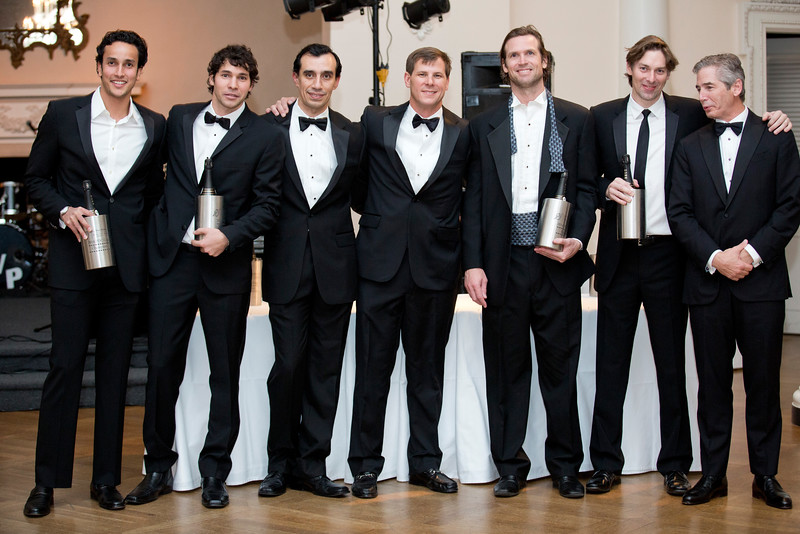 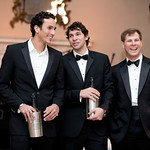 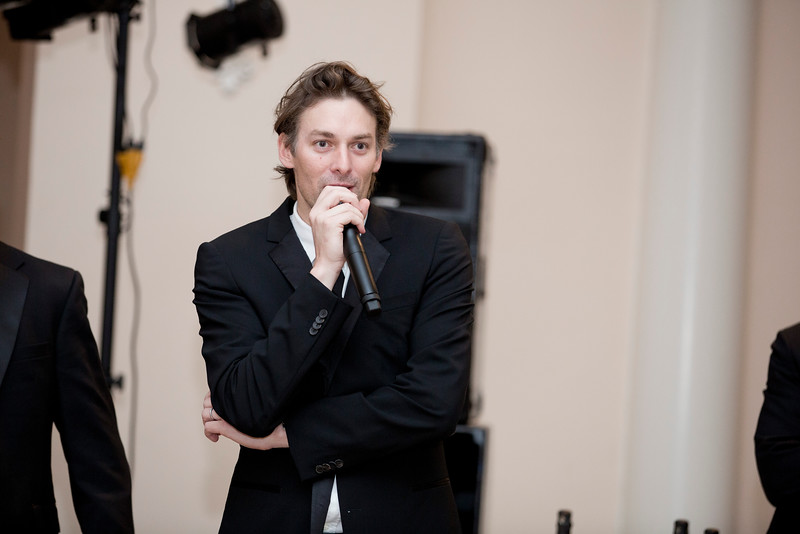 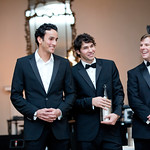 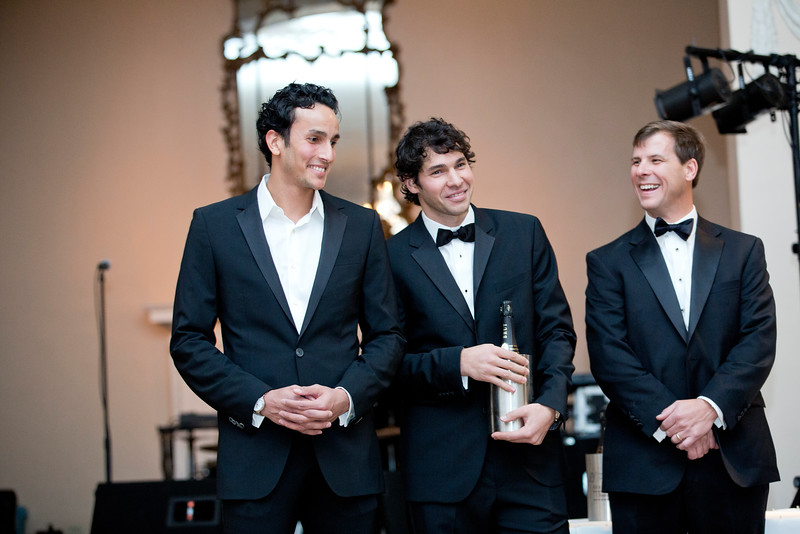 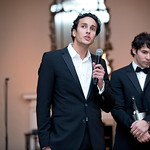 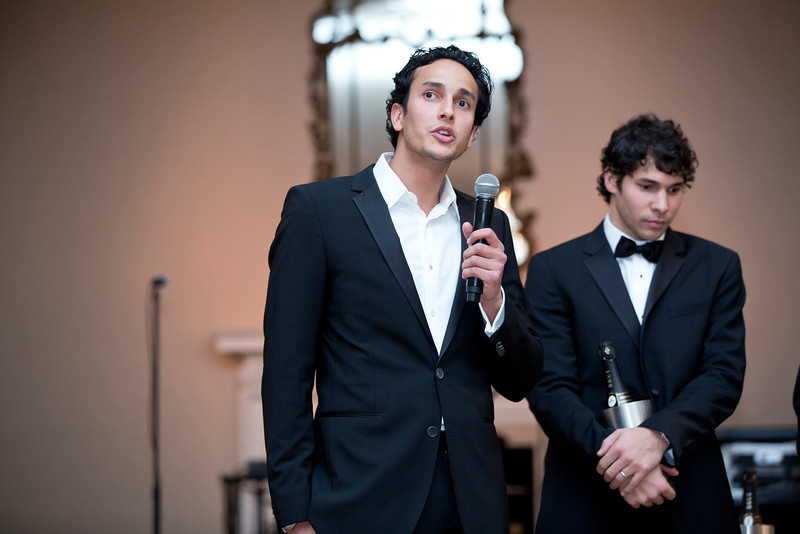 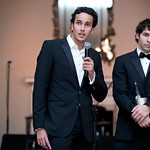 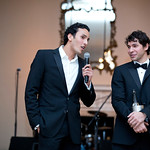 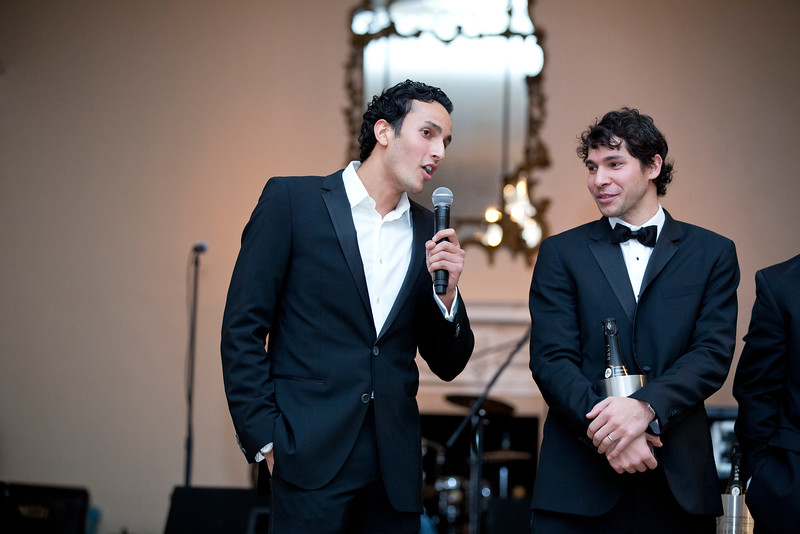