Dominant joint world No. 1’s Damien Mudge & Ben Gould knocked of the rust from the summer months to win the first full ranking Squash Doubles Association (SDA) tournament of the 2014-2015—The Denver Club Invitational in Colorado.

In what has primarily been an Invitational, non-ranking event the past seventeen years, the Denver Club increased to a $25,000 Silver tournament.

Viktor Berg, playing on the left wall for the first time in an SDA match, & partner Jacques Swanepoel, Head Coach of Columbia University ended the hopes of Denver’s-own Preston Quick, world No. 6, & partner Matt Jenson, world No. 7, in their first match of the tournament. In their first tournament as partners, Berg & Swanepoel pulled out the match in five games 11-15, 15-11, 15-10, 7-15, 15-9.

Berg & Swanepoel’s match would be the only major upset of the tournament as the other top three seeds comprised the semifinals. In the top half of the draw, Mudge & Gould—clad in Australian green and gold—made it two 3-0 victories in a row against four seeds Imran Khan and Greg Park in the semifinals.

After recovering from a broken arm, which kept him out of some of the final events of last season, world No. 4 Yvain Badan returned to the court with partner and world No. 5 Manek Mathur. Mathur & Badan needed four games in both their first match against Matt Domenick & Chris Callis, as well as their semifinal against Berg & Swanepoel—15-14, 15-9, 12-15, 15-4.

The final was a closely-contested match with Mudge & Gould dropping a rare game in third forcing a fourth game. In the fourth, an unintentional collision aggravated Badan’s arm severely inhibiting the duo’s play for the rest of the game, allowing Mudge & Gould to coast to a 15-9 win in the final game.

“It’s always tough to play the first tournament of the season having five months off from competition, especially when you are playing at altitude with the red ball that reacts differently, but definitely happy with our first win of the year,” Mudge said.

“Outside of doubles, Jimmy Mulvihill held an eight-man tournament at his court in his house, which was a lot of fun and created a new element to the weekend. Everyone seemed to enjoy playing and watching it so special thanks to Jimmy and Heather for hosting. Was a great evening of food, drinks and socializing in an amazing setting.”

The Denver Club has supported professional squash doubles for seventeen years with varying editions of the Denver Club Invitational, the tournament’s return to a full ranking event is a renewed push to support the blossoming SDA Pro Tour according to Denver Club’s Binns.

“We decided to move to a full ranking event because the Denver Club historically has been a supporter of professional squash soubles,” Binns said, “Given the new burgeoning SDA tour we wanted to add to that growth of pro squash doubles in North America by endorsing the efforts of many to bring the game to the masses.

“Our membership is comprised of an ever-growing younger player base, and there are a lot of new faces in the Pro game and that depth of talent is what they desire to see. They also enjoy playing the Pro-Am and I had no trouble getting twelve of my players to compete.

“The feedback I’ve received has been phenomenal. Our gallery was packed the entire time for all matches. As the host venue, everyone was impressed and how could we not be happy with that. The Pros all made an effort to be friendly with the members and spent a lot of time with them. This was a huge success for our Club and our sponsors Tres Santos, DSP Builders Inc., Harrow Sports, Glo Professional and Inspirato. Our members are ready for more!” 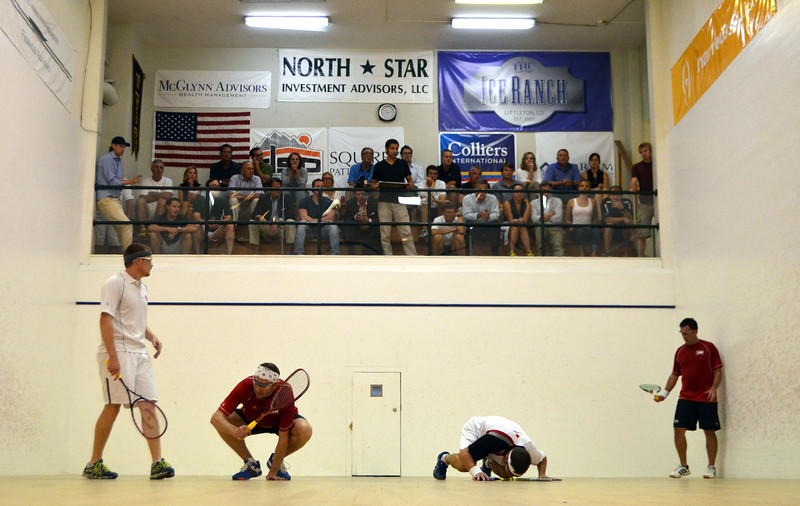 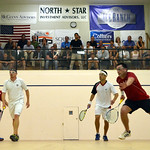 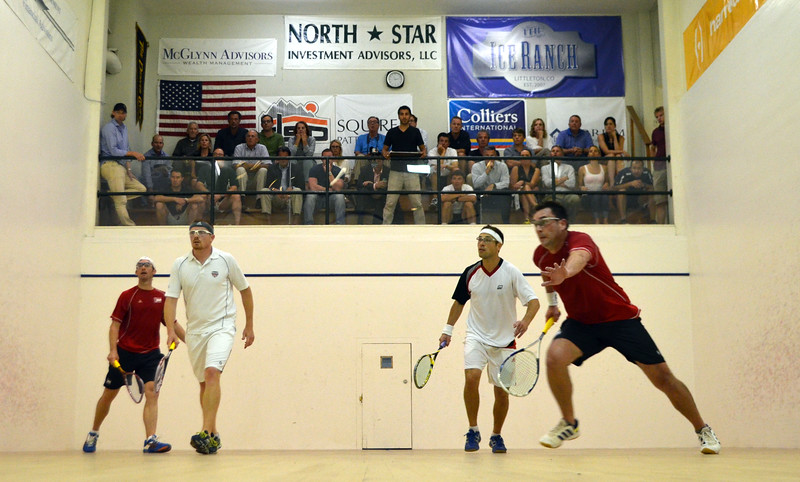 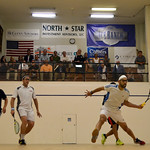 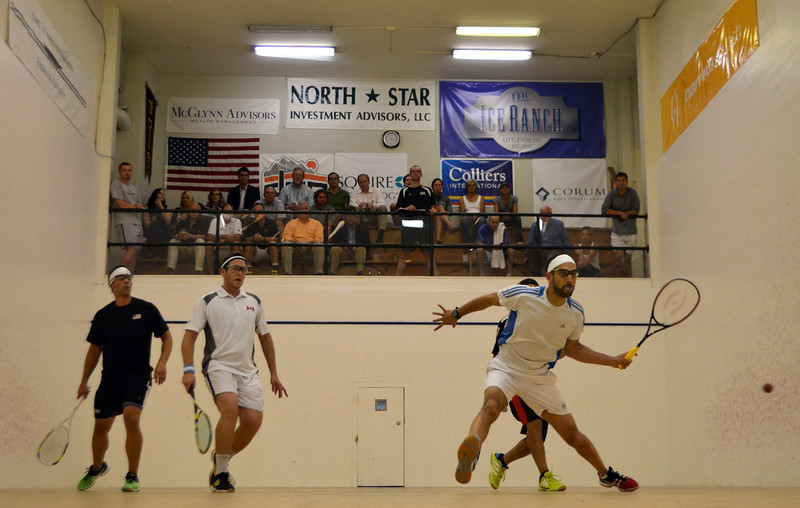 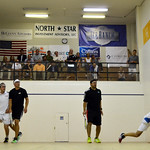 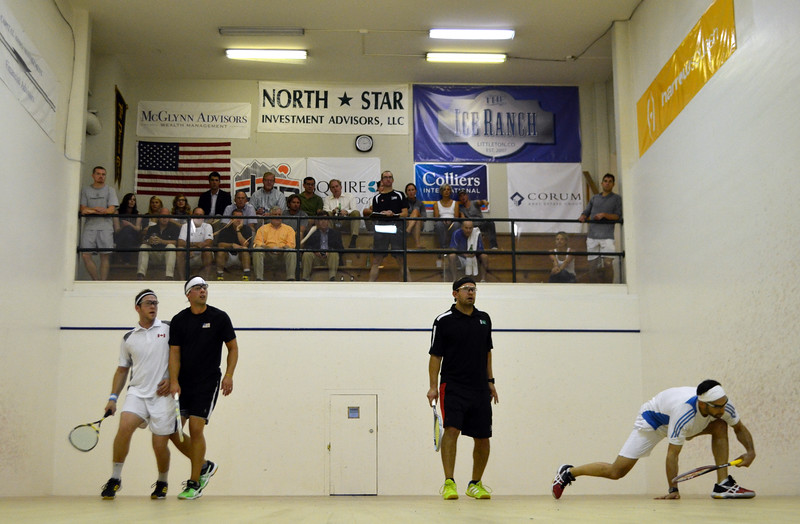 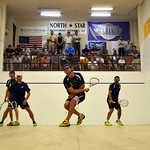 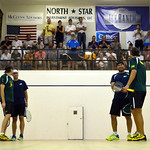 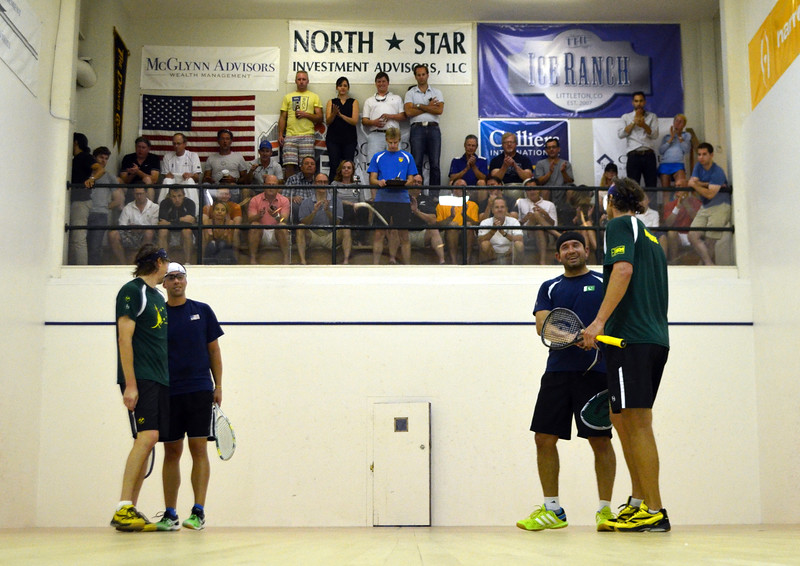 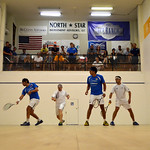 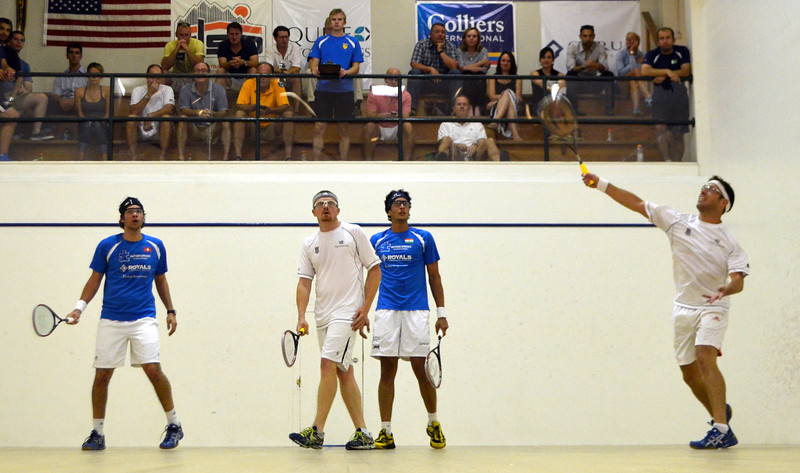 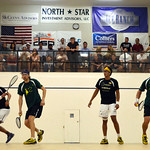 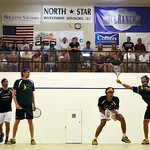 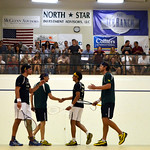 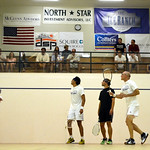 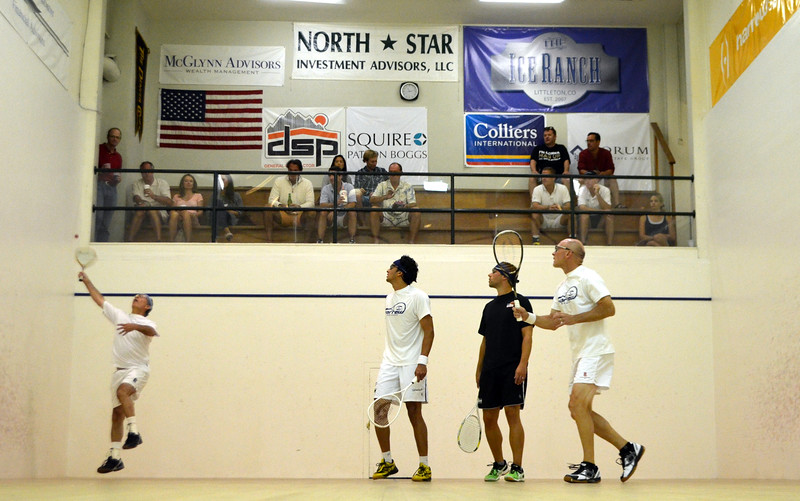 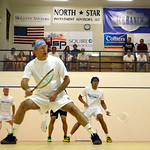 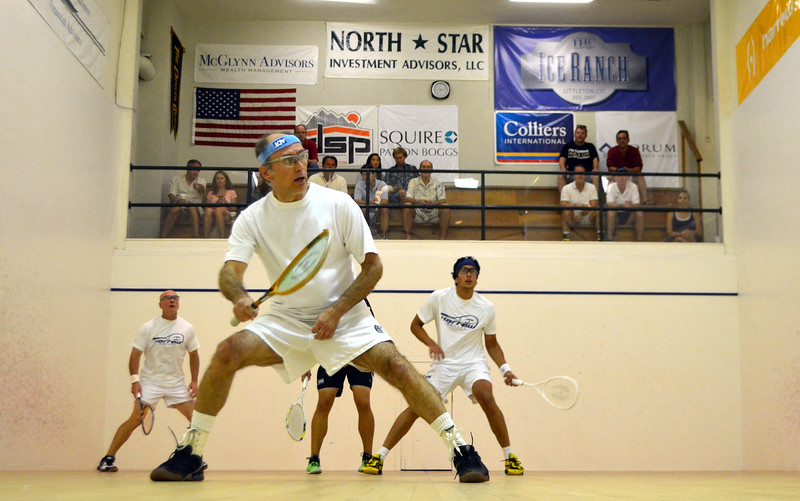 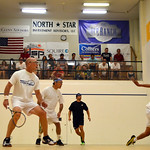 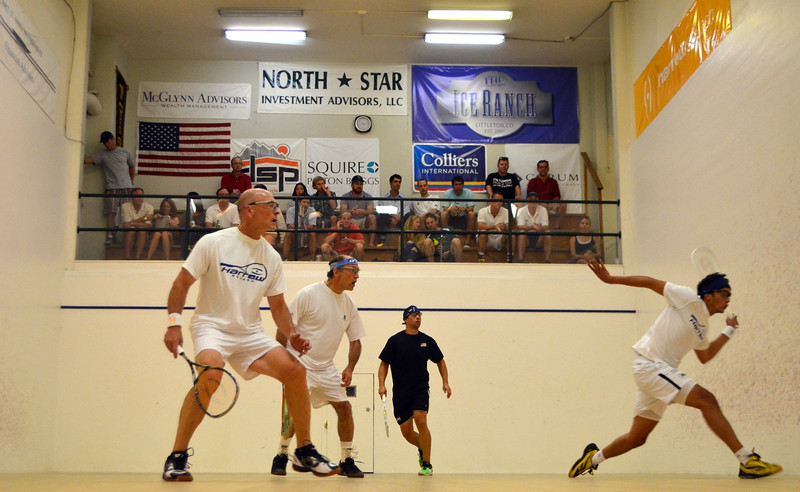 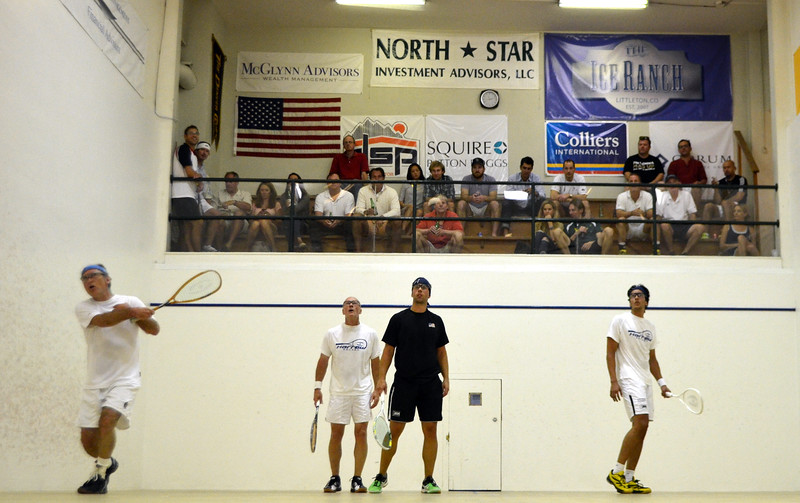 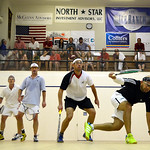 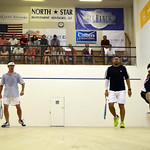 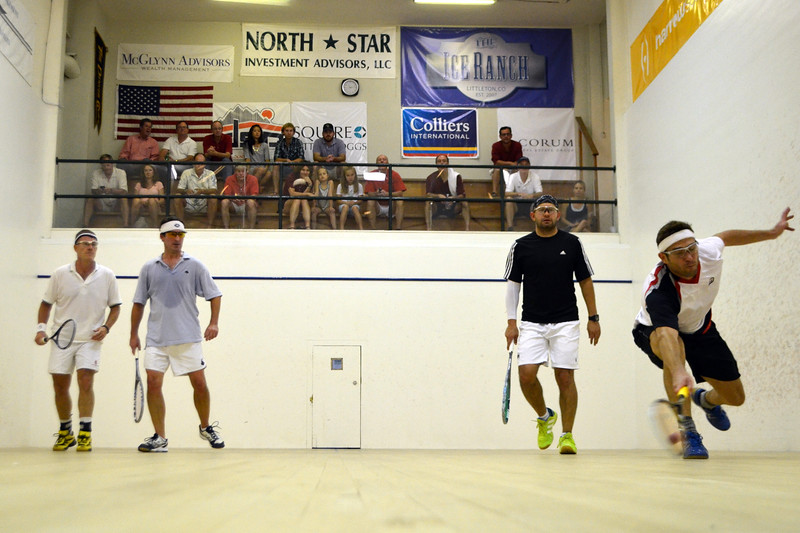 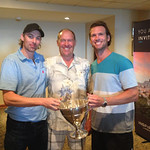 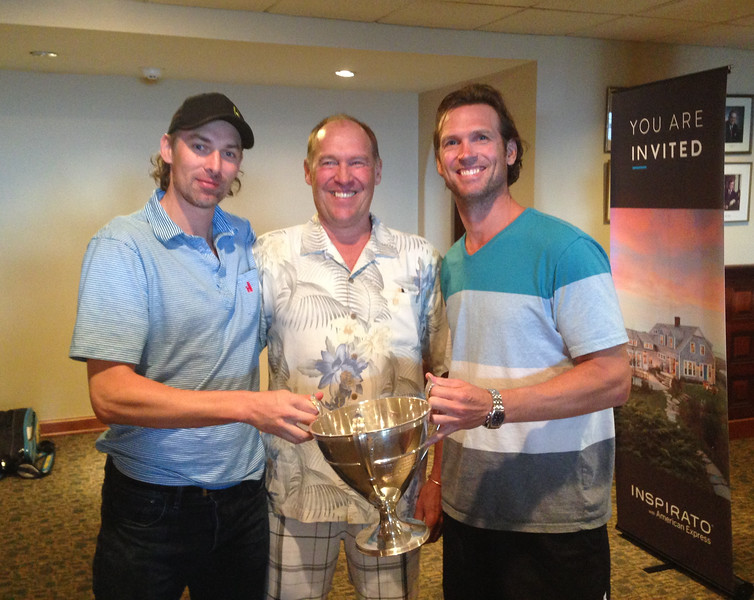