Playing with fellow Australian world No. 1 Ben Gould for the fifth year running, Mudge & Gould led the field as top seeds in a full draw of sixteen teams following two rounds of qualifying. Despite the top four seeds comprising the semifinals, the opening rounds were not without upsets.

In the bottom half of the draw, seven of eight quarterfinalists were Trinity alums, including Colombian Bernardo Samper who recruited recent graduate and Mexican international Antonio Diaz for their first SDA tournament together. Samper & Diaz upset world No. 12 Preston Quick & world No. 11 Greg park in the round of sixteen, and pushed eventual finalists and two seeds Manek Mathur & Yvain Badan to four games in the quarterfinals. Mathur & Badan recovered from losing the first game, to defeat fellow Bantams Mike Ferreira & Jonny Smith in four games.

In the top half of the draw, Randy Lim & Steve Scharff upset higher-seeded Freddie Reid & Raj Nanda to set up a quarterfinal against fourth-seeded Clive Leach & John Russell. Leach & Russell, Big Apple Open champions, held off their advance in three games to set up a rematch of their Big Apple semifinal upset against Mudge & Gould. The defending champions avoided any such repeat of their Big Apple semifinal, winning 15-6, 15-9, 15-12.

The top two teams on the SDA tour provided a packed Heights Casino gallery—sustained by food and beverage sponsors Five Acre Farms and Sixpoint brewery—with an enthralling final Sunday afternoon. Mudge & Gould appeared to be on the verge of a three-game victory winning the opening games 15-11, 15-10, and holding a 13-8 advantage in the third. Meanwhile in Hartford, CT, Mathur & Badan’s alma mater secured its fifteenth national title, perhaps unknowingly spurring Mathur & Badan to come back and win the third game 15-14 on a simultaneous game and match ball.

“Manek and Swiss played really well in the final,” Gould said after the final. “In fact, all four of us played well and it was a high quality, fun match with plenty of twists and turns, coupled with power hitting and sharp shooting. They played extremely well to come back and win the third game and almost did it again in the fourth. Fortunately, Mudgie turned into “Hulk” mode at 12-12 to push things in our favor. It made for really exciting squash, and combined with a packed, very vocal gallery, created a super fun environment to play in.”

“I thought that was the best Manek and Swiss had played against us in quite a while,” Mudge added. “I was really impressed with their game. They came back strong to win the third, and almost did the same in the fourth. We managed to hang on.”

“It’s pretty surreal,” Mudge reflected. “Obviously, with any tournament you try to put your head down and do the best that you can. I don’t really have words to describe it, it’s just something that I never thought I would be able to do, nor was I really focused on accomplishing it. I had always had my sights on beating Gary Waite’s record of ten titles total. So I always had that record in the back of my mind, but I never thought I’d win fourteen consecutively.”

“Congrats to Mudgie for racking up fourteen consecutive titles,” his partner added. “Very impressive record and one I doubt will ever be broken.”

The now five-time champions Mudge & Gould both praised Heights Casino for maintaining one of the longstanding, highest prize money events on the tour as the professional squash doubles game continues to expand in participation, number of events, and total prize money. As with past editions, the 2015 Johnson offered a full draw of sixteen teams with qualifiers and a prize money purse of $40,000.

“Base events like the Johnson are the foundation of our tour,” Gould said. “We can’t thank sites like Brooklyn Heights enough for their ongoing enthusiasm and support of our game. The entries for the Heights were huge. It speaks volumes to the depth that the tour. Our membership has grown immensely over the past few years. Our next goal and challenge is to field the same size and quality draws at events away from the East Coast.”

For Gould, the Brooklyn club has always held a nostalgic value as the Australian’s first coaching job stateside.

“The Heights Casino was my first coaching job in the U.S. fourteen years ago,” Gould reminisced. “I was only there one season, but formed lifelong friendships with juniors and families. The stands are always packed and loud with familiar faces so it’s always a really exciting atmosphere to play in.”

“The Heights Casino takes lots of pride in hosting the Johnson,” said club member and tournament chairman Will Bunn.”First and foremost, we have a large number of squash doubles advocates as a whole. Our primary goal is to provide the players a venue and place to show off their sport and expertise. It’s a really well-grounded, and well-loved tournament spanning generations of club members.” 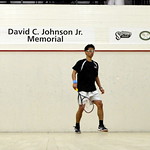 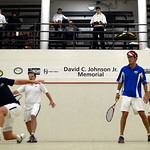 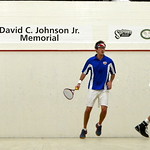 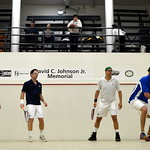 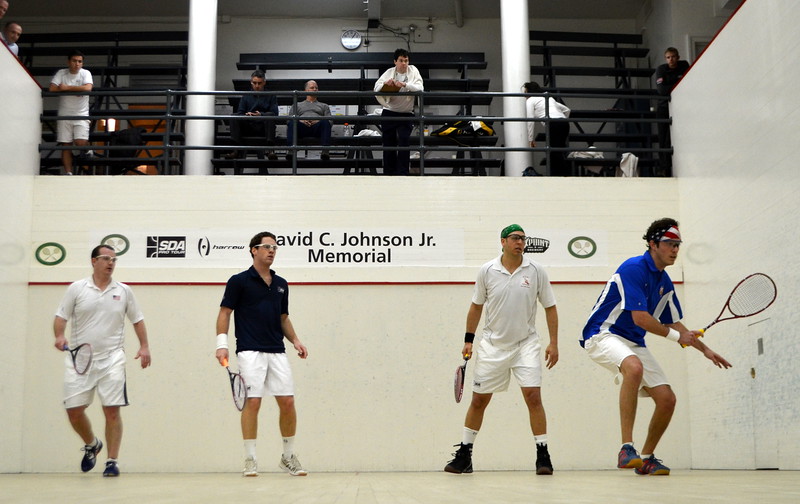 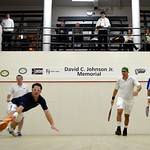 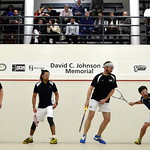 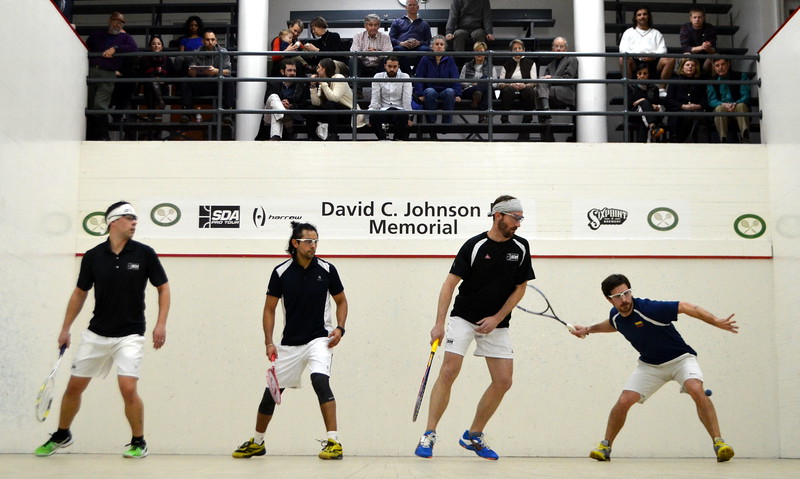 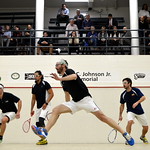 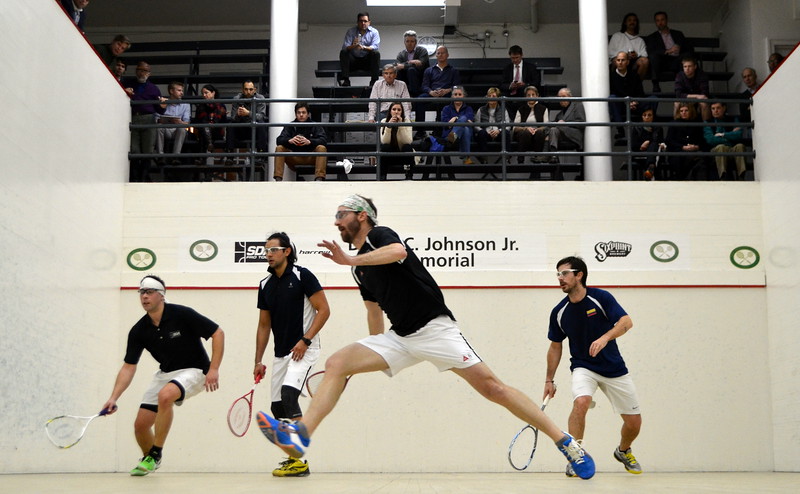 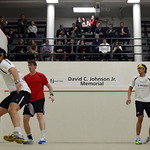 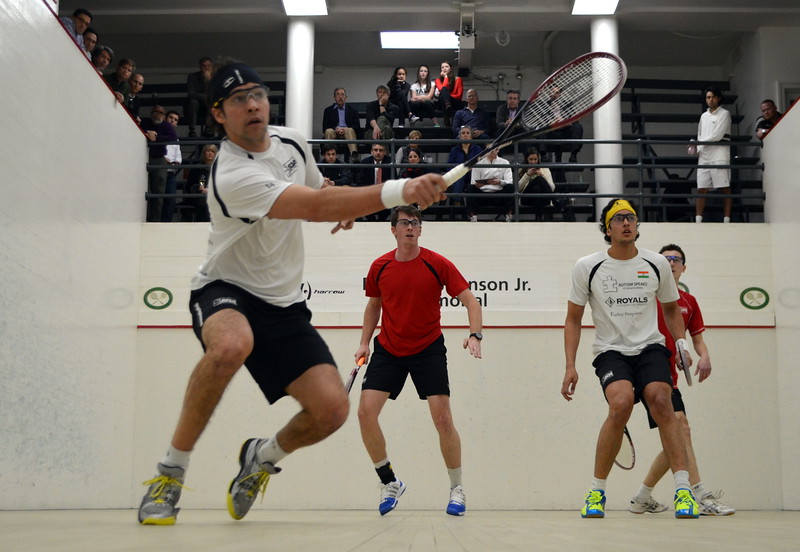 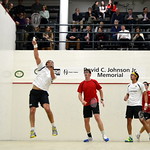 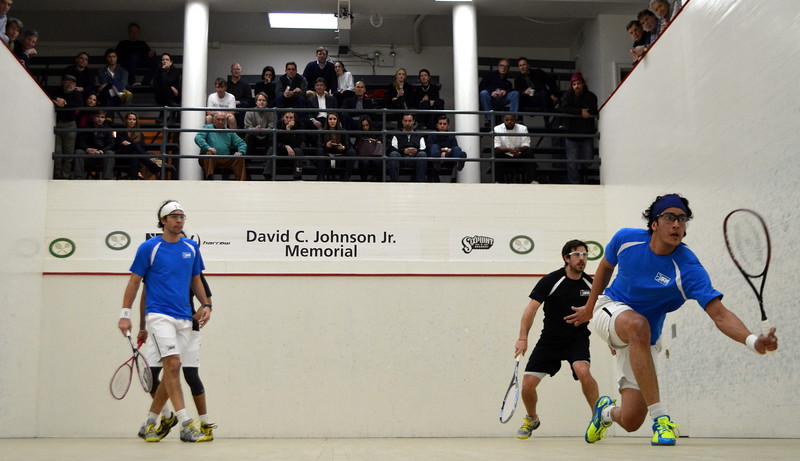 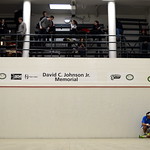 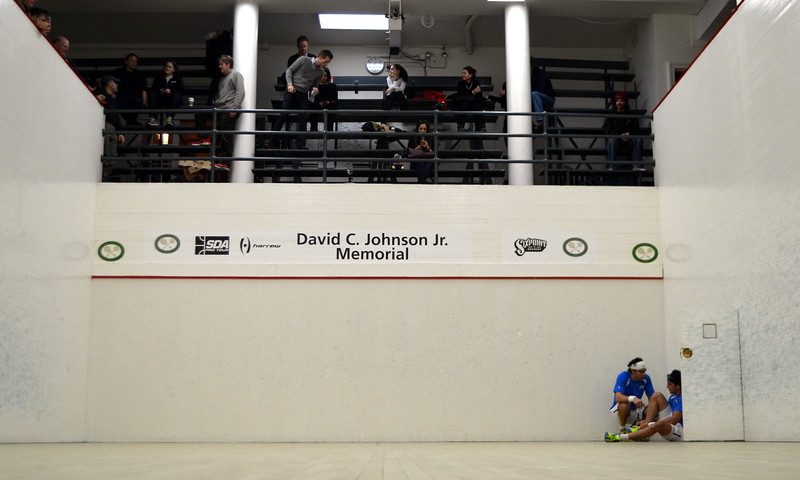 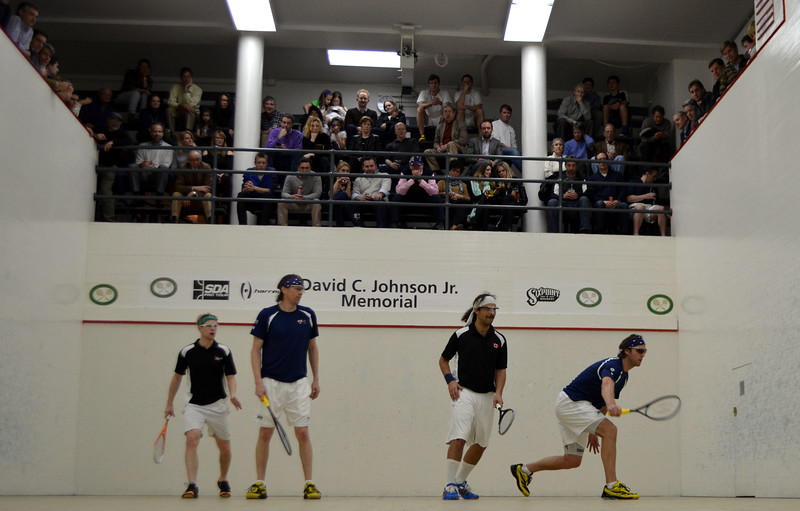 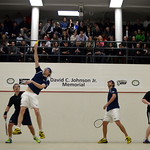 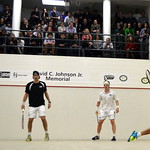 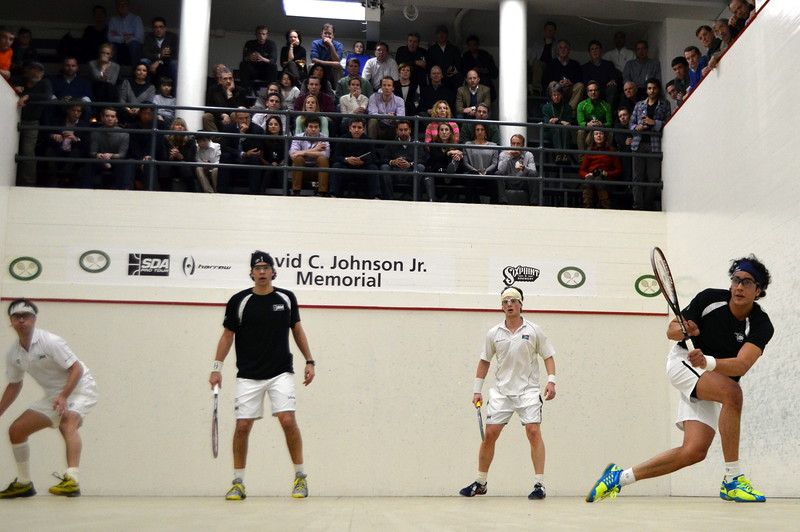 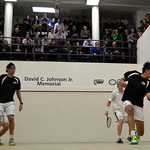 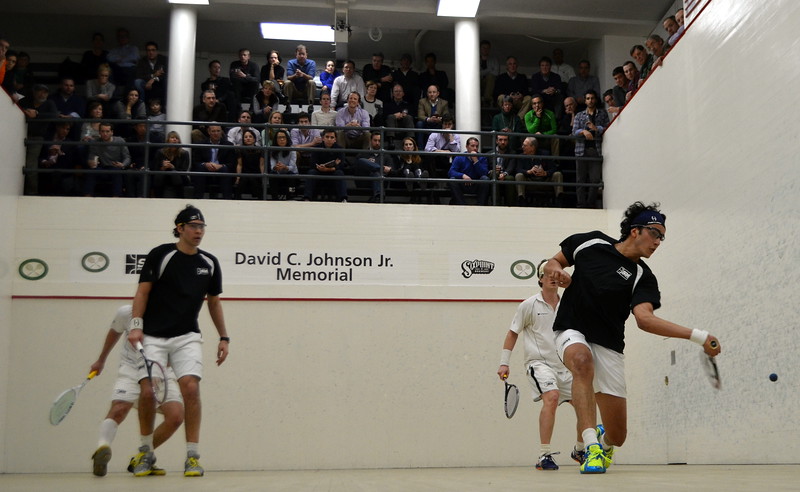 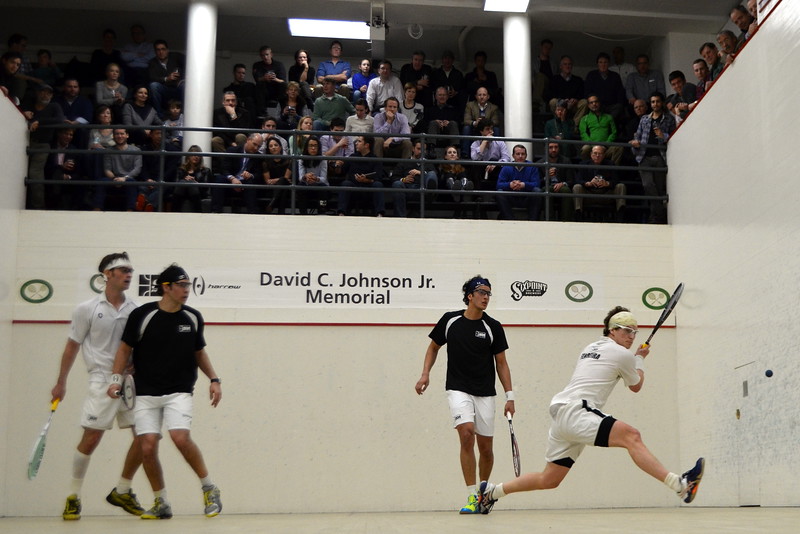 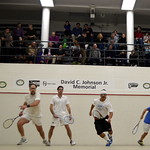 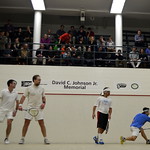 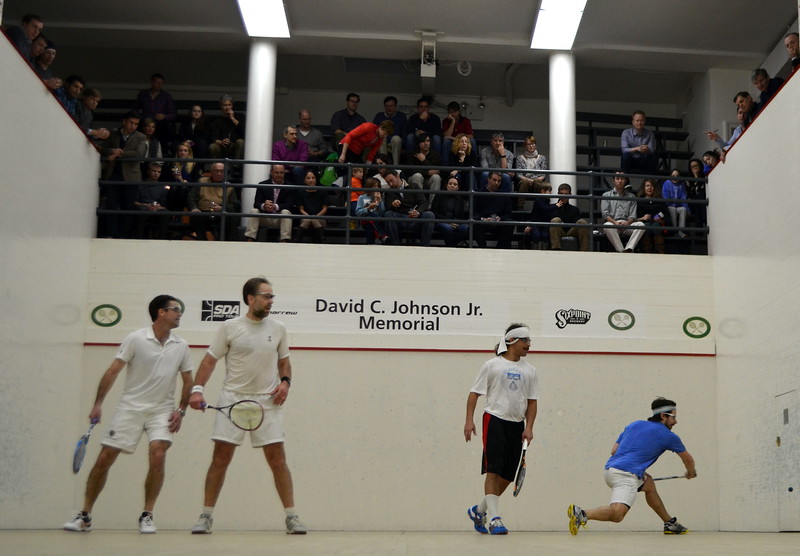 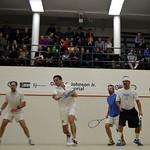 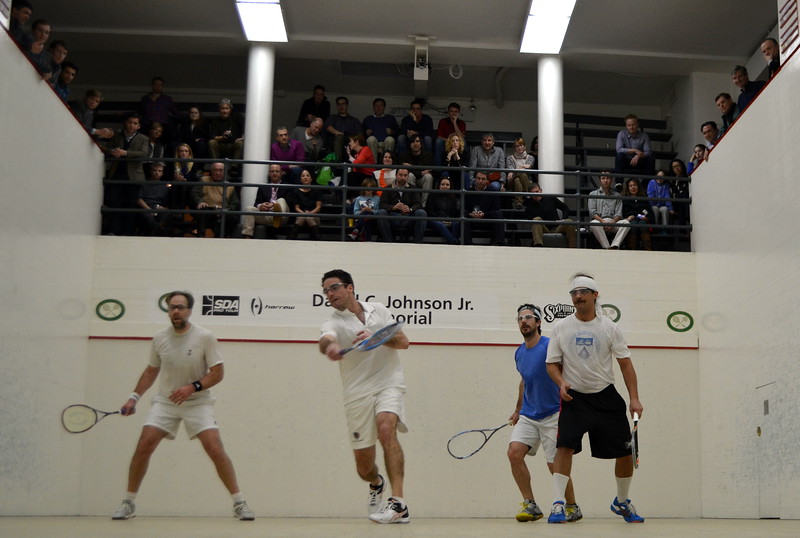 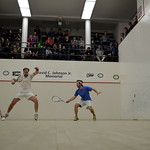