Ferreira & Smith—playing on the right wall for the first time—encountered three Bantams on their final run, first both Shaun Johnstone & Jacques Swanepoel in Saturday’s semifinal, where Johnstone & Swanepoel handed their opponents their only lost game of the tournament on a simultaneous game-ball to gain a 1-0 lead. Ferreira & Smith recovered to win the next three games and match 14-15, 15-10, 15-8, 15-12.

As in the PSA draw, an SDA qualifying run ended with a final appearance in the case of Johan Detter & Ned Marks who reached the final on the back of two, five-game matches. After defeating locals Francis Johnson & Peter Winzeler in five, Detter—a Trinity alum—& Marks—a Denison alum—advanced to the final on a simultaneous match-ball against brothers John & Dan Roberts 13-15, 15-14, 15-4, 7-15, 15-14. As they had in their opening upset against brothers Asad & Imran Khan, Roberts Dan & John switched walls when 2-1 down in games and nearly pulled off a second victory because of it.

Ferreira & Smith were teammates on three Trinity National Championship teams from 2000-2003, and now share a court.

“We have been practicing a lot together with myself on the right to try and make the transition smoother.” Smith said. “This was the perfect start and I am excited about the new adventure and season ahead!”

“It was great to play with Jonny and I hope the partnership will keep going for the rest of the season,” Ferreira said.

“For us it was a good start to the season and it was awesome to play down at Boar’s Head—without doubt one of the most impressive squash facilities around the and squash clearly has a strong and growing following in Charllottesville so great fun to play down there as well!” 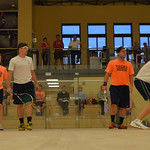 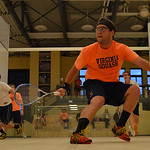 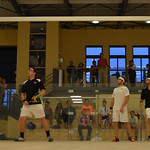 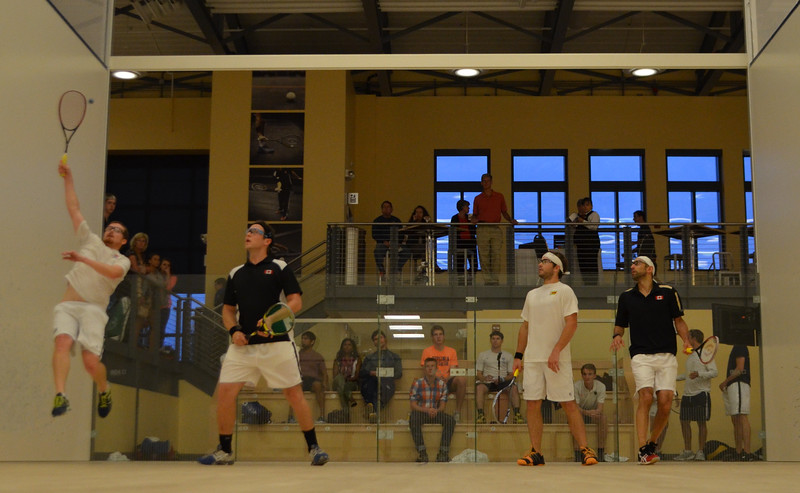 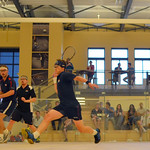 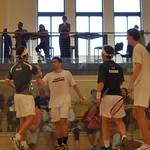 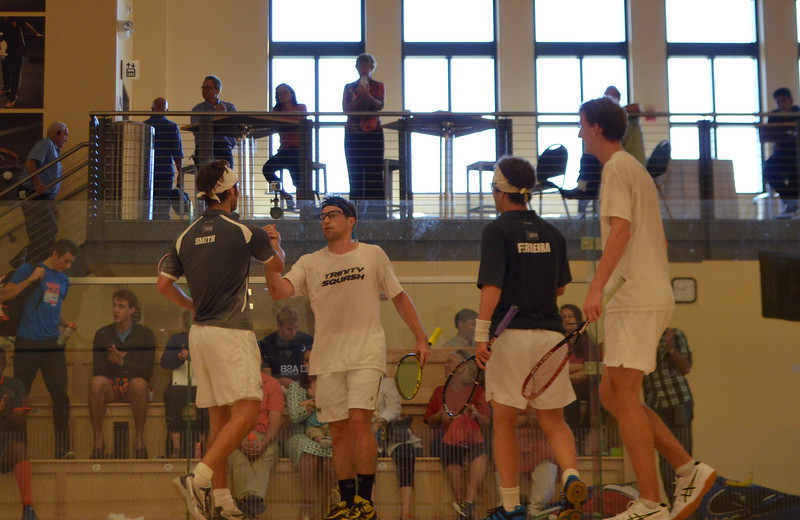 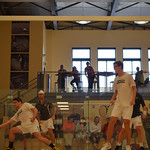